The characters of SHREK THE MUSICAL® will be making appearances throughout the day as part of the celebrations of the opening of Southport’s annual flower show, ahead of the production’s triumphant return to the North West.

The flower show will feature a specially designed Shrek swamp, by award-winning gardeners, Mook Gardens LTD, giving visitors a chance to meet Shrek and Princess Fiona on their home turf.

Visitors to Southport Flower Show have the delight of exploring Shrek’s garden and his floral swamp house throughout the show (Thursday 20 – Sunday 23 August) with the chance of bumping into the star couple on the opening day. The Lowry Theatre will also have a stand adjacent to the garden where you can purchase tickets for SHREK THE MUSICAL when it visits Salford from 2 – 20 February 2016.

Shrek said: ‘I confess a trip to the Southport Flower Show is a first for me, but of course when I heard there was going to be a recreation of my swamp I couldn’t resist. Fiona is really excited and hopes the flower show might inspire me into developing more of a gardening habit. I already have the green fingers so that’s a good start. We couldn’t resist visiting as the tour of Shrek The Musical will arrive in Liverpool in November/December time and has its very last date in February at the Lowry in Salford.’

Ray Roukin, general manager at Southport Flower Show said: ‘We're really pleased to be welcoming Shrek and his swamp garden to the show this year, it's going to be a unique attraction and should prove a big draw for young and old alike.’

Shrek and his garden join a number of family attractions at this year's show, including free-flying birds of prey, dog displays and award-winning clowns Sonny and Rainbow.  The show will also be having its first ever Super Kids Sunday which includes a dedicated Children's Marquee on the final day of show, with science workshops and fun, interactive activities.

Entry to the showground is free for children under 16, when accompanied by a paying adult, so there have never been more reasons to take the family to Southport.

Shrek The Musical UK and Ireland Tour is coming direct from London, where it was seen live on stage by nearly a million people and will run at Liverpool Empire Theatre from 26 November – 6 December 2015 and The Lowry from 2 – 20 February 2016.

Based on the Oscar® winning DreamWorks film and featuring all new songs as well as cult Shrek anthem I’m a Believer, SHREK THE MUSICAL® brings the much-loved DreamWorks characters to life, live on stage, in an all-singing, all-dancing extravaganza. 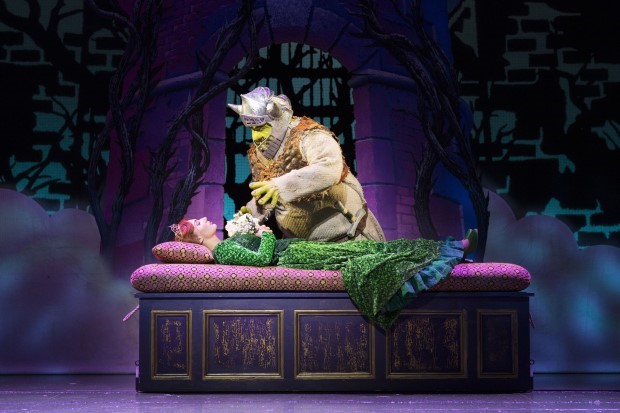