Bagheads was presented by the Ard Knox Theatre Company, who specialise in discovering raw talent and inspiring people to do something worthwhile with their lives. It was started by Karen Woods a best-selling Manchester author who has penned 13 novels, when she decided to turn her books into plays. Directed by Lisa Carey and produced by Aaron Cummins, the thirty strong cast delivered an unforgettable performance tackling the taboos and consequences of the world of addiction.

Starting the show off Sean Cook played by Daniel Holmes walks into the auditorium as a staggering hoody wearing yob to set the scene for this raw and unnerving show.

The show was narrated throughout by Shaun watching his life story unfold and telling the audience of the feelings and consequences of his actions to himself and those around him.

Six skeletal faced cast members poetically tell the consequences for those who dare challenge the power of heroin. With the warnings of addiction and the price that will be paid.

The opening scene of Shaun’s life shows a lifeless Shaun in a hospital bed following a suicide attempt, with his family weeping and bickering by his bedside. The audience is then given a vision of the origins of life for Shaun where he and his three older siblings Paul, Mary and Katie are seen to be subjected to a harsh and violent home dominated by a father who was free with his fists and vicious tongue. Michael Callan playing the callas Mike Cook abandons the family leaving the distraught youngster Shaun behind.

Following the family breakup a troubled Shaun and his best friend Gerald played by the very talented Paul Kidd start dabbling in anesthetizing the pain of real life. Leading to petty crime and a Juvenile court sentencing the two young rouges to a care order. Whilst in care the unthinkable happens, Shaun abused and violated sees a hatred for the world set in and a twist of fate that will change Shaun’s destiny forever.

Stumbling into the care of Dolly a prostitute he meets Donna and Adge two of the people who alter his destiny. Adge promising the life of easy money lures Shaun into a life of drug dealing. Donna, Dolly’s daughter hooked on drugs since the age of 16 tries to warn him that heroin will grip him and never let go, but the naive younger Shaun thinks he will conquer where others have fallen. Reunited with his best friend Gerald, Shaun soon turns from dealer to addict.

Shaun’s life even with the constant support from his family and his devoted mother spirals out of control, despite glimmers of potential change, drying out and drug therapist’s support, heroin proves stronger than anything or anyone in turning Shaun’s head.

A tragic and hard hitting gritty story-line of a family splintered and divided but yet united in their addictions and common struggle to support an addict in the family. A reality of a mother played fantastically by Beki Whitney who will love at all cost and be blinded to the actuality of her sons’ life.

Painfully honest and dark this show gives insight into the desperate lives and consequences to not only the addict but everyone around them. The play is definitely a “must see” as it leaves the watcher stunned and emotionally challenged throughout. 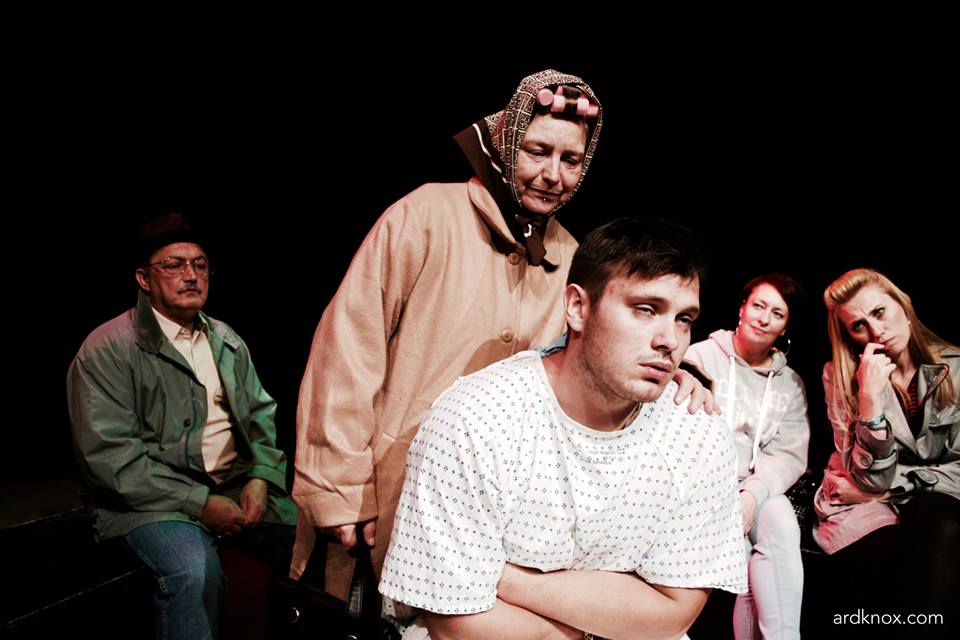