Fans of Judy Garland should hot foot it down to the Palace Theatre tonight or tomorrow because this show does exactly “ what it says on the tin.”  With accolades, recordings and never-before-seen film clips and interviews  - such as “I had to sing with a moth in my mouth during an open-air performance” -  it charts the extraordinary career of the iconic star.

And it’s not only Judy’s fans who should make sure they see this show. Lorna Luft - Judy’s daughter - received thunderous applause when she appeared centre stage, after a lovely introduction from her mum talking about how there had never been a song about Lorna until Johnny Mercer and Mort Lindsey were “persuaded” to write one.  And such breath she has! Holding notes at the end of her songs left me - well - breathless.  She is a great performer with a lovely rapport with her audience - a daughter her mum would be proud of.

Waiting for her to make her entrance had not been a hardship. Each member of the supporting cast was absolute spot on in the variety of roles they played down to the very last facial expression when required. But it was special guest Louise Dearman who almost stole the show from her friend Lorna. What an exceptional all-round talent - her performance of “Stormy Weather” made the hair on the back of my neck stand on end.

And when Lorna and Louise sang a rip-roaring medley of duets it was musical theatre at it’s best.

The engaging, all-round theatre happy chappy, Ray Quinn together with Rachel Stanley, Darren Bennett, Georgina Hagen and Judy’s Dancer’s, The Boyfriends, ensured that the action never flagged. Such enthusiasm and energy was a delight to see.

A tribute to the legend that is Judy Garland would not be complete without the song for which she is most famous - and when the entire cast stood facing the projected image of her on stage it was moving and quite dramatic.

If song and dance is your kind of theatre, or just fancy some musical nostalgia, then get your tickets now. As the show told us - That’s entertainment. 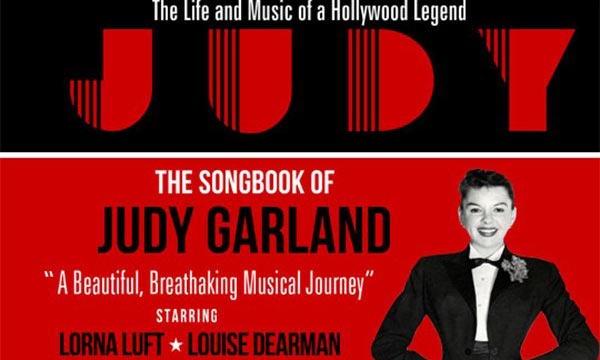