Television shows such as the US hit series Dancing with The Stars and Britain's Strictly Come Dancing have highlighted the popularity of dance and there are now many of the performers taking to the road with their own shows. This evening I am at one of those such shows, however this one differs from others I have seen and takes us on a journey of dance through the years from the 1920's to the present day with a cast of eight dancers and two singers.

Kristina Rihanoff is the inspiration behind Dance To the Music and has achieved her dream in creating her own show demonstrating the changing styles in dance.  She reunites with Robin Windsor a former dance partner of many years who performed the lead opposite Rihanoff in 2013 in the West End in 'Burn the Floor' as well as other dance shows and in Strictly. The rest of the company are Dharmesh Patel, Julia Cheng, Julia Ruiz Fernandez and Dom Le Brun who each bring their own speciality of dance into the show. 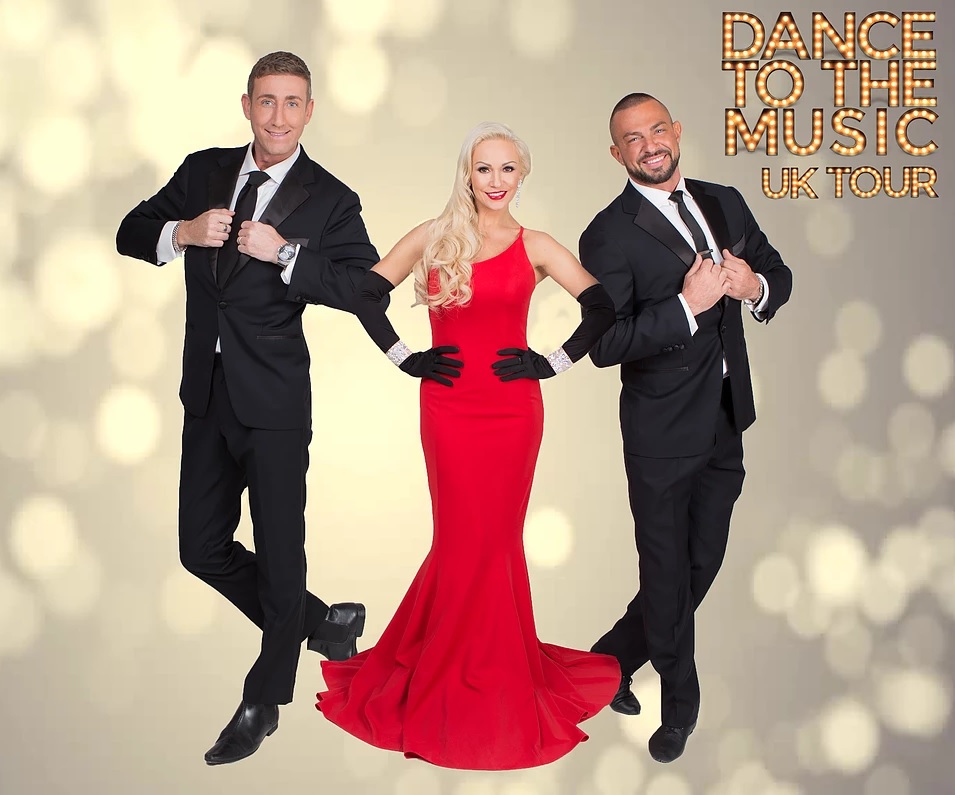 Hosting the show is 2012 'X Factor' finalist Christopher Maloney and singer/ songwriter Beth Sherburn who not only introduced the different dance years with snippets of information and popular music of the day but accompanied our dancers vocally for many of the routines with Maloney even venturing a few disco steps himself, endearing him to the audience. There is no doubt of his talents at singing (although would have liked to hear a little less reverb) and Sherburn too has fabulous vocals (and an amazing array of dresses!) but I felt neither were comfortable as hosts and the links at times appeared awkward.

Covering 15 genres of dance from Charleston, Ballroom, Latin American to Hip Hop, Breakdancing and Disco and even transporting us to Spain with a Flamenco all the dancers get a chance to showcase their talents. There are also tributes to Elvis and Michael Jackson with a medley of songs and dance.

The stage setting is rather dull though, a screen at the back shows faded black and white dance clips from the past and there is an obviously very little in stage furniture as the stage is utilised for dance but I think more use of lighting would enhance the show. At the start it looked promising with spotlights and pyrotechnics being used as the dancers took to the stage dancing to Minnie the Moocher and Happy Feet, but for the majority of the show lighting alternated between red and blue and an overall light and I would have liked to see more spotlighting of the dancers or singers, maybe the intention was not to distract from one or the other but I found rather bland. Costumes were in the main fabulous and associated to the style of dance being performed.

Although there were many dances performed it was only after the interval that there felt any real connection with the dancers and audience especially during the latter years and for the finale everyone was on their feet dancing along. Overall it was an enjoyable show, a good evening’s entertainment but something, that I find hard to pinpoint, was lacking and I was not swept off my feet!