Elio Pace is a hugely experienced singer-songwriter, pianist and musical director, having worked with some of the best in the country but here he pays his personal tribute to one of the great singer-songwriters of the 20th Century Billy Joel. Joel made twelve albums over his career and here Pace takes us through a history of Billy Joel as well as performing his best known and a few lesser known tracks.

Opening with Angry Young Man from the Turnstiles album, sets the ball rolling on an evening of pure entertainment. Pace might not have quite the tonal quality of Joel's voice but he produces an excellent alternative while putting his own spin on many of the vocals. Backed by a five piece band of saxophone, drums, keyboards, bass and lead guitars, Pace is an energetic   performer, whether playing his piano or just singing his heart out at the front of the stage. 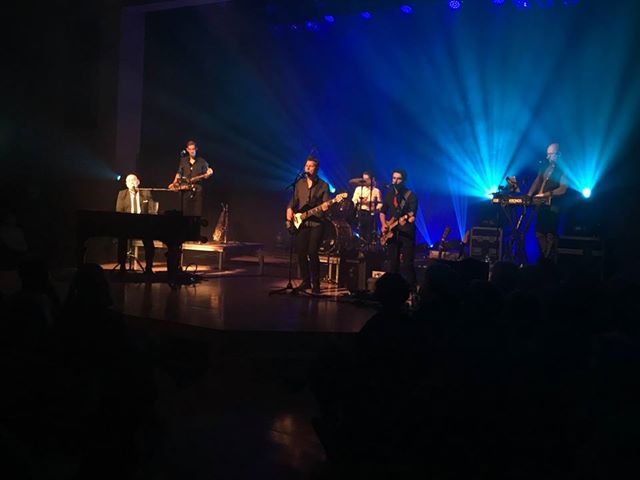 Segueing through classic Joel numbers including Moving Out, My Life and The Longest Time, songs are interspersed with stories about Joel and about why Pace has brought this show together. He also goes into how Joel's classical training shows in his pop and rock songs. Using lesser known tracks such as Leningrad , New York State of Mind and The Root Beer Rag, they then engender huge audience involvement with It's Still Rock’ n ' Roll To Me and close Act One with the full version of Scenes From An Italian Restaurant.

Act two opens in sober fashion with Goodnight Saigon and Allentown before moving into a series of love songs, including the evocative An Innocent Man and Just The Way You Are. Hit follow hit until they do a final high energy compilation of Restart The Fire, River of Dreams, Tell Her About it and closing with Uptown Girl. He encores with a beautiful version of Piano Man.

Elio Pace is a charismatic and dynamic performer but he also allows his band to shine. Especially notable were the incredible saxophone playing by Luke Pinkstone and some stunning lead guitar work by Tom Wright. But all are excellent instrumentalists and vocalists, working together to produce a full on sound.

To watch this show it probably helps to know at least a few Billy Joel songs, but you don't need to be a die-hard fan. But whether a fan or simply someone who enjoys good music, Elio Pace and The Billy Joel Songbook is a great evening's entertainment.