Opera North: The Turn of the Screw - The Lowry

‘The Turn of the Screw’ is a novella by Henry James which has variously been adapted for stage and screen over the century since its first publication in 1898. When Benjamin Britten saw a staged version in the early 1930’s, he saw its potential for an opera to be based around the ghoulish, atmospheric setting and eventually in 1954 it was premiered to critical and public acclaim. Now, Leeds based Opera North are bringing their version to the Quays Theatre as part of their Spring tour.

This adaptation by Britten’s long time collaborator Myfanwy Piper develops the story of the unnamed Governess (Sarah Tynan), sent to look after two adolescent children Flora and Miles (Jennifer Clark & Tim Gasiorek) in a remote country house. As she settles into her new role, she is aware of a presence and is haunted by the spectre of former valet Peter Quint (Nicholas Watts) and Miss Jessel (Eleanor Dennis), who seem to have an unnatural hold over the children. 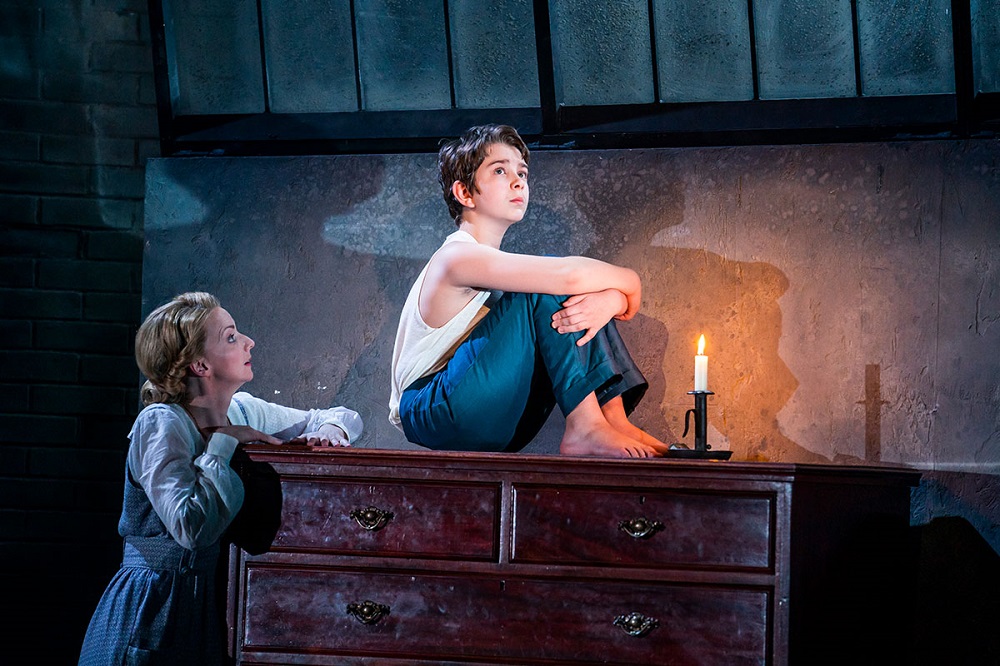 The housekeeper Mrs Grose (Heather Shipp) hints at their previous abusive behaviour and it appears that they have returned from beyond the grave to continue their torment. This Freudian tale resolved itself darkly and without compassion as the Governess confronts Quint in the final scene.

As my previous exposure to Britten has been limited to watching the Halle ensembles perform ‘The Young Persons Guide to the Orchestra’, I was frankly unprepared for the sinister undertones that his musicality adds to James’s tale of youthful corruption. The unsettling images devised by Piper are underscored with haunting violins, cello and bass, with only an occasional plaintive flute providing light relief.

Both the original story and the adaptation are quite ambiguous about the sexual exploitation inherent in the storyline, but Director Alessandro Talevi has made this quite explicit throughout, toying with our idea of consent in an unsettling way. In this endeavour he is aided with a striking set by Madeleine Boyd, comprising towering windows and skewed angles and the lighting design of Matthew Haskins, throwing deep shadows and gloomy recesses from which ghostly apparitions emerge. The whole piece feels oppressive and secretive, hinting at both sexual promiscuity and repression simultaneously.

The vocal performances are towering, particularly so with leading soprano Sarah Tynan, though my perennial issue with opera is that the powerful singing style sometimes prevents the nuances of the libretto to be fully understood by the audience, even when performed in English. Also, the combination of the bleak setting and uncomfortable material made this a dark and joyless watch, with no light relief punctuating the oppressive staging and score. The lack of resolution in James’s original story, around the existence of Quint and Jessel left the audience delving into Freudian programme notes for an explanation. I appreciated the craft and artistic merit without ever being sympathetic to the story or characters and therefore felt little emotion at the conclusion of the piece.

Overall, a beautiful staging of an unsavoury and unsettling story, superbly performed but which left me oddly immune to its charms.