The following is a short history of one of the most enjoyable productions I’ve ever seen at this fantastic little Hull city centre theatre.

Last night, in front of a packed Hull Truck Theatre audience, a small cast of extremely talented actors entertained us for nigh on three hours with the world premiere of A Short History Of Tractors In Ukrainian.

Mournful music started off proceedings, and with all eyes on the amazingly atmospheric stage setting - dimly lit, but not drab – it was obvious we were somewhere in the Eastern Bloc.

Fast forward a few decades and the widowed Nikolai, now 84 years of age, has fallen for the voluptuous 36-year-old Valentina (Ana Marija Spasjovic), mother to the teenage Stanislav (Jack Fielding). 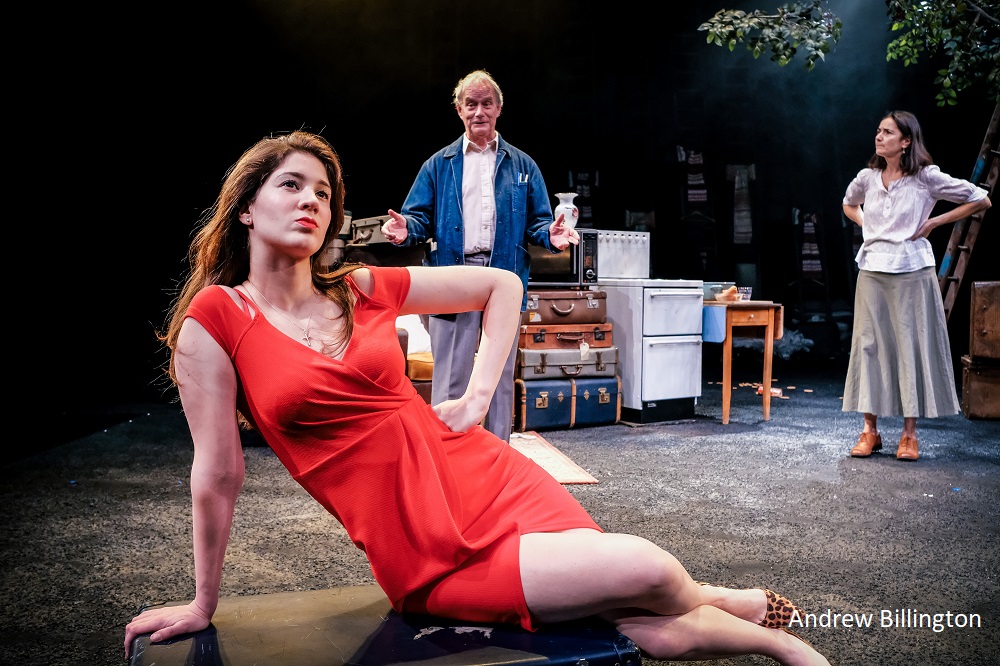 Determined to follow the course of “true love”, Nikolai ignores his daughters’ pleas for common sense and starts spending cash he hasn’t got on the bewitching Ukrainian – paying £1,800 for her a boob job; buying cars of her choice, including a dilapidated “roller”; private schooling for her son and a brand new brown cooker (she thought white ones were for peasants).

As the expenses grew, the warring sisters Vera and Nadezdha (who hadn’t spoken to each other since their mother’s death), had no choice but to contact each other and join forces to bring their father to his senses.

Aided and sometimes reluctantly abetted by Nadezdha’s husband Mike (Philip Stewart), the two women have to stand by while a besotted Nikolai arranges and pays out for the nuptials – including, he proudly states, “a professional photographer”.

The studious old man, a well-educated former engineer and tractor historian, is blind to Valentina’s wily, and eventually cruel (especially after she finds out he lied about having plenty of money and had been borrowing from his reluctant-to-lend daughters) ways.

Laugh-out-loud moments were plentiful – even Valentina’s cruel words to Nikolai raised a titter (I won’t repeat them, as I felt sick – my imagination had run riot). Cleverly, and sometimes in an instant, the mood darkened – especially when Nadezdha insisted her older sister recall the time she was sent to a German labour camp, along with Nikolai and Ludmilla, during the Second World War.

It was scary beyond belief, with the cruelty shown by a camp guard stunning the spell-bound audience. Though not too graphic, not for the first time last night did my imagination run wild.

And thus, the story went on – laughter one minute, painful truth the next.

The sisters reunited, they report Valentina to the Home Office and interviewing the unwitting and too honest Nikolai, her immigration status isn’t extended.

Towards the end, there’s fun and games when Valentina’s ex-husband, Dubov (Richard Standing) turns up – as does a very pregnant Valentina.

Many questions are left unanswered, but that only added to our enjoyment. I loved every second.