Joseph and the Amazing Technicolor Dreamcoat is a masterpiece. It has been over 50 years since Andrew Lloyd Webber and Tim Rice crafted this show, but its timeless wit, cheese and appeal are as charming today as they have ever been.

Junior Stage 80’s production was without a doubt the most original version of the show I have seen, and Director Ivor Farley has to be commended for his unique production. Sometimes directing is about taking a risk, and Farley has definitely done this. I have to say that the Potiphars being played as a spoof of the Trumps was a stroke of genius, and a risk that paid off in the very best way - very well done to Howard Yaffe for his successful portrayal of this, and to Farley for bringing this idea to the production. There were several other moments of originality in this production that were equally as impressive.

The show was supported by a strong ensemble, including over 40 children, who have obviously worked very hard under the leadership of choreographer Gemma Sales, who has brought the very best out of having such a large cast. I enjoyed the group choreography very much, and Sales is an obvious expert in finding the balance of good yet accessible choreography. 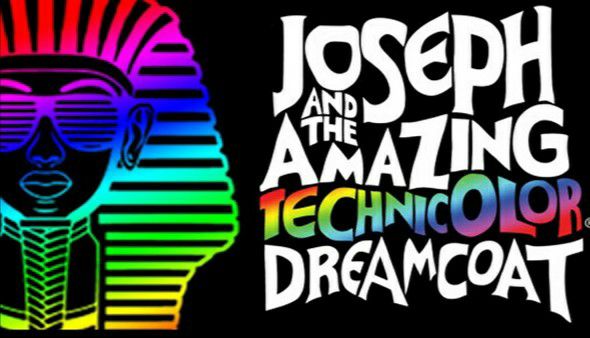 As with many productions of Joseph the sections with Joseph’s 11 brothers provide many of the highlights - in particular my focus was often drawn to Andrew Farley, who was a great leader of the brothers, always in character, and delivered a great quality vocal and comedy performance of ‘Those Canaan Days’. All of the brothers were great, but I did get the impression at times that one or two of them were taking liberties with the ad libs. As comedy performers it is important to know when it is appropriate, and it crept over that line at times.

Michael Bowers played a likeable and charming Joseph. He had the face and body for the part, and has clearly worked hard on developing the character. Bowers has the potential to be a good singer, but there are currently some issues creating equalised breath, which can sometimes give the voice a nasal quality. More than anything, this is down to trying too hard. Sometimes with singing, less is more. Nevertheless, Bowers gave a good portrayal of the character, and was very well cast in the role.

For this production there were six narrators. Each was good in their own right, and none stood out as stronger or weaker than the others, which is a credit to their teamwork and respect for each other and the Director. I enjoyed the narrator sections, and felt the ladies all worked hard to deliver the narrative, rather than claim the spotlight for themselves. Drawing reference to the fact that there were three teenage girls and three adult women during the show was another great moment of comedy from the director. Whilst each was individually good, the six voices did not blend well together, and the times where all six sang together did not always sound good. This isn’t the fault of the ladies, some voices just do not blend for a variety of reasons, and I feel this should have been considered at the audition phase.

As ever with Joseph, the Pharaoh is a key role. Michael Shneck delivered a sublime comedy performance, full of charisma and charm. He had lots of ad libs, but was able read the room and knew how to deliver these moments, and when to end them. Shneck’s portrayal of the Pharaoh is the best I have seen in any production of Joseph, amateur or professional. Congratulations to all involved in putting together ‘Song of the King’, it was a resounding success, and truly brought the house down - I cried real tears of laughter.

Musical Director Mallory Blank has done fine work with the band, who were crisp and brought this fabulous score to life. I only wish the cast would have watched Blank more closely during some of the group numbers - the cut offs and entries could have been a little sharper. I could see Blank giving clear gestures to support the cast in this, but it often got ignored, particularly by the brothers. Blank played the Megamix at the speed of light, and I loved every beat! The megamix is a 9 minute reminder of why Joseph is a fantastic musical, and should be played with passion and energy, and every member of the band and company nailed those qualities.

Congratulations to JS80 on a fun, high quality, energetic production. Long may the community continue to support this fantastic company.