Back to The Future The Musical - Opera House

There have been many a screen to stage adaptation over the years, some working better than others, but tonight in Manchester a capacity audience witnessed the World Premiere of what I believe to be the best adaptation of them all.

Manchester’s Opera House is once again the setting for yet another World Premiere cementing itself as the go to place for some of the best theatre producers to showcase their new work before it invariably heads to the West End and beyond. It follows in the footsteps of Ghost the Musical, Bat Out of Hell and &Juliet to name just 3. 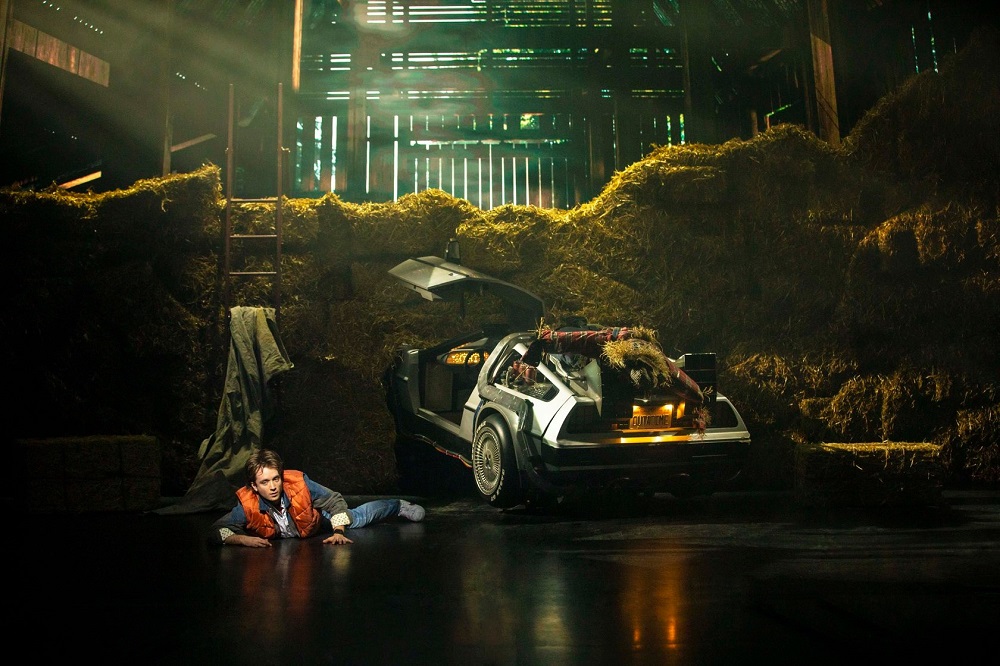 Back to the Future The Musical has long been rumoured to come to the stage, and trust me when I tell you the wait has been worth every single second. Staying true to the original movie written by Robert Zemeckis and Bob Gale virtually everything you see on screen happens on stage with just a couple of minor tweaks to bring the story right into the 21st century. The original writers have overseen the whole production giving continuity throughout.

I have to start with the overture which has gone straight into my top 3 of all time. When the sublime orchestra under the direction of begin to play the famous Back to the Future theme the hairs on the back of my neck stood instantly upright and I knew I was in for a night of very special theatre.

This musical is based on the first film in the trilogy and huge kudos must be levelled at the casting company as they have managed to find a plethora of actors who not only look similar, sound almost identical and in many cases surpass the performances of their silver screen counterparts.

Especially brilliant were Hugh Coles as George McFly who brought an instant round of applause from the knowledgeable audience upon delivering his first line of the night. His voice and mannerisms, just perfect. Rosanna Hyland as Lorraine had some “awkward” moments back in 1955 as she makes a play for Marty unaware of the consequences. However, the best likeness of the evening went to Mark Oxtoby as Strickland who I swear used the DeLorean to travel from 1985 to recreate the role on the stage.

Of course, I cannot not mention the two leading men in this show. Tony award winning Roger Bart is as much Emmett “Doc” Brown as Roger Lloyd was back in the 1985 film. It is clear he has studied the character in depth originally played by Christopher Lloyd. WHEN this show hits Broadway I sense another Tony on its way. His opening number in Act 2 is a lovely nod to the 21st century. 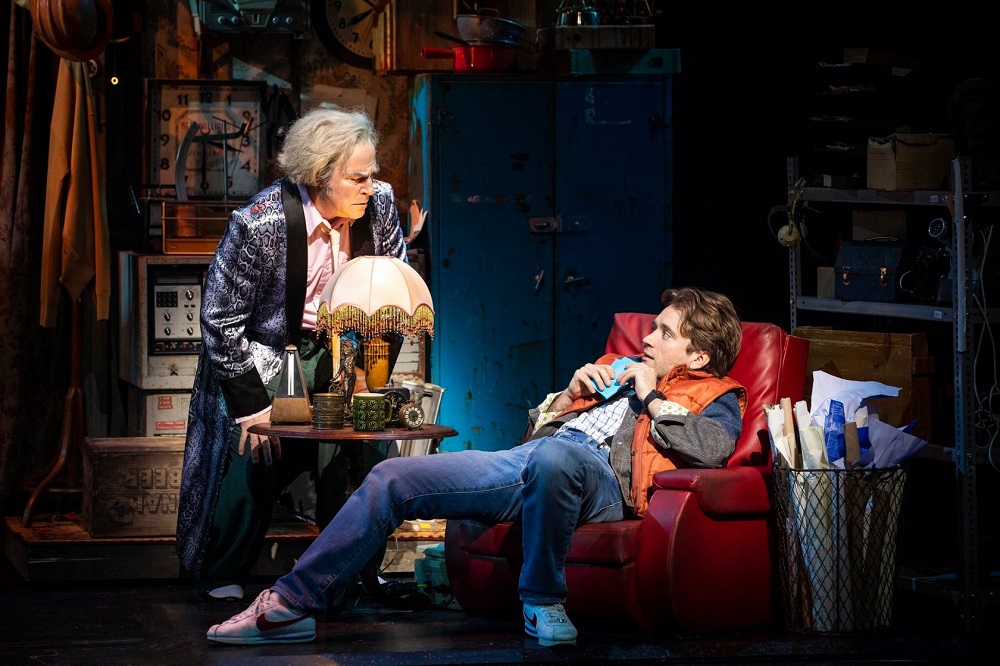 Olly Dobson plays Marty Mcfly with confidence and vibrance. I challenge anyone who sees the show between now and the 17th May when it leaves Manchester to close their eyes for just a second, listen to his voice and not believe Michael J Fox isn’t on the stage. A breath taking and energetic performance from start to finish.

So, how exactly do you send a car from 1985 to 1955 and back again live on stage? There will be no spoilers here, suffice to say this is one of the most technically perfect shows I have ever seen on a stage. 21st century technology has been seamlessly knitted together with old fashioned theatrical techniques to provide a simply jaw dropping spectacle. The whole sequence towards the end of the show where the Doc Brown battles to reattach the wire to the clock tower whilst Marty gets ready to accelerate the DeLorean to 88mph is sensational. One scene cuts to the next as slickly as it does in the movie and even though you know the final outcome your heart is in your mouth as the clock counts down, dramatic doesn’t even come close to describing this piece of theatrical perfection.

The music from Grammy Award-winning pairing of Alan Silvestri and Glen Ballard is fresh and fits the show as well as the cast and set.

The subtle additions to the storyline only serve to enhance this story and surely a West End run followed by Broadway and beyond is a must. Fans of the movie across the world cannot fail to fall in love with this story all over again, and those few who have never seen the film (there are some) will go straight home to watch it. It makes your brain question what you’ve just seen with your own eyes.

The website for the show invites us to make a date with history and that the show will change musical history. Well today is the 11th March 2020 and musical history HAS been changed!

Back to the Future the Musical continues at Manchester’s Opera House until the 17th May 2020. You can follow and book for this unmissable experience at https://www.backtothefuturemusical.com/