The Krazy Kat Theatre Company is currently touring the UK presenting The Very Magic Flute a splendid creation that is loosely based on Mozart’s Opera. The classic story of the magic flute was brought to life by Jim Fish, Clare English and Kinny Gardener through puppets, props, music and of course magic.

Papageno the bird catcher, for the wicked Queen of the night, sets out on the quest alongside Tamino to rescue the Queen of the night’s daughter Pamina. Armed with a magic flute and bells, the duo find the Princess at her father’s (Sarastro King of the Sun) palace. After battles with monsters and sea serpents, as well as passing the three tests set by the King, Tamino is finally allowed to marry Pamina. Finishing with the good conquering evil finale.

Rights Of Passage - The Lowry, Salford

The issue of immigration is quite a hot topic in the UK at the moment. Many people view immigrants as benefit grabbers and job stealers. However, not many of think about the situation they are trying to escape in their home country. Rights of Passage presented by Artemis Theatre tells the story of three LGBT people; how they were treated for being gay in their home countries, and what they had to go through to claim asylum in the UK. It is important to note that these are all true stories.

What an utterly HUGE disappointment! Totally underwhelming, this 'show' failed on almost every level!

First - allow me to conduct you to the advertising for this show on The Lowry's own website; "Get closer to the action than ever before as this interactive and explosive family show takes you behind the scenes of your favourite films to discover the science and secrets of creating movie magic."

In 2003 Britain invaded Iraq, citing that national security was under threat. Since then, evidence has come to light that Prime Minister at the time, Tony Blair unlawfully went to war, meaning that the soldiers who went there were there under false pretences. What’s more, is that this war led to the collapse of Iraqi society and ultimately the formation of the terrorist group; Islamic State. The Chilcot report, due to published this year, aims to discover if Britain did unlawfully go to war with Iraq.

I have to admit to being somewhat surprised (in a good way) at Tom – The Tom Jones Musical at the Lowry tonight. I was expecting a romp through the back catalogue of Tom Jones’ greatest hits as his journey through the decades was played out on the stage. What I saw was a beautifully crafted story of the Welsh icons life in more of a musical play than a traditional full scale musical.

Review: Dance 'Til Dawn - The Lowry 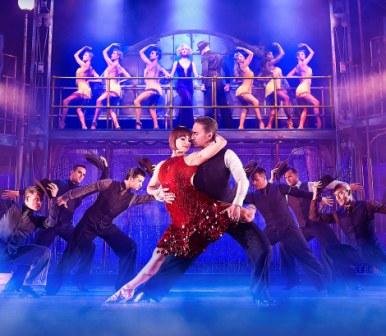 Just over a year ago Dance ‘Til Dawn burst onto the stage down the road at the Opera House to almost universal 5 star reviews.  Now the show has returned to the area even more polished and slicker than before, if that’s possible?  It was also nominated for an Olivier Award in the Best Entertainment and Family category.  A year on the road including a West End run certainly hasn’t resulted in one bit of fatigue.

Fusing Big Band hits, dance, romance and comedy into a smash hit spectacle, the show transports you to the seductive age of Los Angeles in the 1940’s.  In the midst of a Hollywood film shoot leading man Bobby Burns is murdered and a romance develops between beautiful starlet Sadie Strauss (Flavia Cacace) and handsome Tony DeLuca (Vincent Simone).  As a plot to frame Tony unfolds, the duo use their flawless footwork and spellbinding choreography to Tango and Quickstep their way out of trouble and into each other’s arms.

On the 5th May the sensational Yamato Drummers arrive at The Lowry to delight and astound you with their brand new show BAKUON.

Book now before it's too late for this one time only show at http://www.thelowry.com/event/YAMATO-drummers